Most of us have benefited from the use of antibiotics and we usually take it for granted that there is an antibiotic that works for the particular infection that ‘bugs us’. However, most of us are also aware of the growing presence of superbugs and the ‘broken pipeline of new antibiotics’.

The superbug crisis is a global problem that requires a global solution.

The antibiotic pipeline is broken.1 There is a dearth of new antibiotics, a collapse in pharmaceutical company research, and the exhaustion of chemical diversity contained in pharma libraries. “The low hanging fruit from the antibiotic tree has probably already been picked and new sources of compounds are needed”2

Although infectious disease remains the second leading cause of death globally, the approval of new antibiotics has dropped from 16 to only two per year during the last 25 years. Moreover, the number of large pharmaceutical companies conducting antibiotic research has decreased from 18 companies in 1990 to four in 2013. This increase in multidrug-resistant (MDR) bacteria and the decline in effective therapies has resulted in ‘the superbug crisis,’ which costs the US alone more than $35 billion per year. MDR bacteria are even more prevalent in developing countries, and the increase in international travel means global transmission is rapid. The economic burden of infectious disease to the Australian community is difficult to ascertain, but an estimate for hospital-acquired infections alone is around $942 million per year.3

Resistance of bacteria to commonly used antibiotics is increasing and contributes significantly to patient morbidity and mortality.

“Widespread resistance to our arsenal of antibiotics is no longer a threat — it is reality. With no new antibacterial drugs expected to reach the market any time soon, immediate action is needed to avert a looming healthcare disaster.”4

Klebsiella species, Acinetobacter baumannii, Pseudomonas aeruginosa, and Enterobacter species, together with the gram-positive Enterococcus faecium and Staphylococcus aureus make-up the ‘ESKAPE’ pathogens that are responsible for two-thirds of all health care-associated infections.4 MDR strains of these bacteria represent the greatest unmet need in antibacterial drug development. With new antibiotics introduced into clinical practices in the last few years having activity largely against gram-positive bacteria, clinicians are forced to rediscover older drugs, in order to treat resistant gram-negative bacterial infections.6 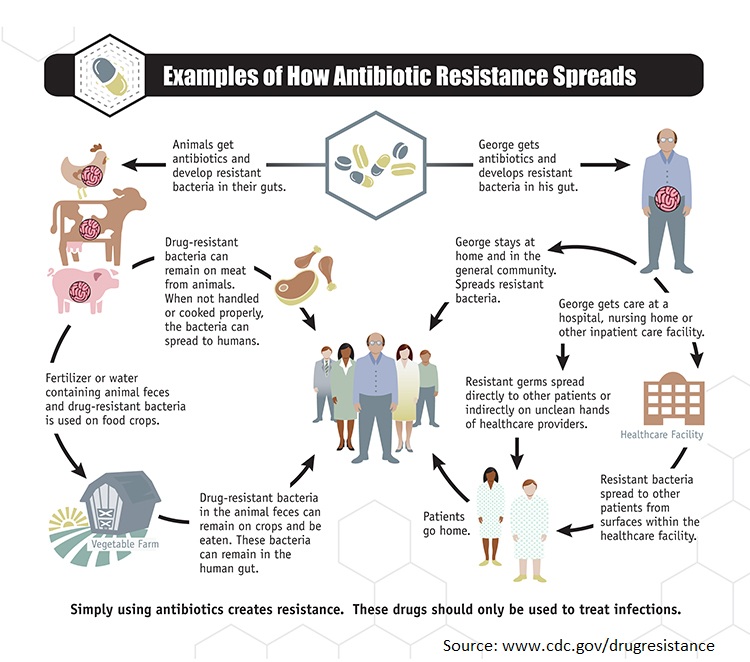 As antimicrobial resistance increases globally, so too does the associated financial and health burdens. This problem is becoming a demanding issue that strains health care resources and budgets. Leading government and industry bodies have recently focused their efforts to highlight and communicate this growing problem.

> 02 June 2015: Australian Government responding to the threat of antimicrobial resistance

- What can you do? Click here to see how you can join the fight against superbugs -