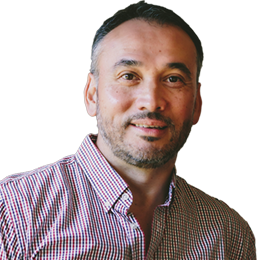 Dr. Karl Hansford draws on 15 years’ experience in commercial and academic roles in synthetic, process and medicinal chemistry. He received his PhD in chemistry from the University of Queensland in 2000 before undertaking postdoctoral studies at the University of Pittsburgh and the Université de Montréal. Thereafter, he joined Mimetogen Pharmaceuticals (Montréal) where he oversaw the medicinal chemistry programme developing peptidomimetics as a platform for neurotrophin mimicry. In 2007 he joined Boron Molecular (Melbourne) where he led the R&D team developing novel process methodology for the commercial scale production of boronic acids. Since joining the Cooper group at the IMB in 2011 as a Senior Research Officer, Karl has worked as lead chemist on several projects targeting both Gram-positive and Gram-negative pathogens. He joined the CO-ADD project in 2015 as lead medicinal chemist for hit confirmation and validation.